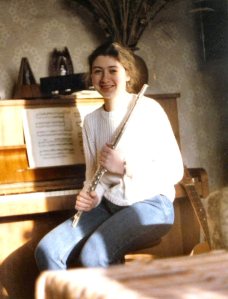 At 13 in Wejherowo, Poland

I feel very privileged to have devoted much of my life to the study and practice of music. Having attained degrees from two American universities after completing studies in the rigorous conservatory system in Eastern Europe, I feel that I have experienced the best of both worlds, laying a foundation for the rest of my professional practice.

Many people are familiar with the American system of education, but to most, the Eastern European conservatory system remains a mystery. Perhaps, with the political changes in recent decades, it is a world that has already past, or maybe it is being transformed as the age of information leads to globalization and hybridization of all things. I cannot speak to the state of the present education system in Eastern (Central!) Europe, but I can reminisce on the old Poland I grew up in during the last two decades of communism.

It is not my purpose here to extol the virtues of capitalism or communism, but I will say that, while I did not enjoy material wealth as a child or teenager in Poland, I felt privileged to have access to a very thorough and intense system of arts education at virtually no cost. Although the education was free, it should be made clear that it was not freely accessible, except to selected individuals sifted through layers of competition. As all schools were funded by the government, there was no burden on the teachers to recruit and maintain student population. Instead, the admission system relied on the prestige and exclusivity of an arts education and created enough demand and drama to attract many applicants.

I grew up in Wejherowo, a town of about sixty thousand which was large enough to have its own primary music school. It was located on the other side of town, about a half hour trip by foot and bus. It was independent from all the other elementary schools in town (about eleven of them) where children learned the usual required subjects, such as math, biology, physics, history, etc., and unlike them, it held classes in the afternoon and evenings.

I remember the entrance exams to the music school I took when I was about ten. I was required to sing a song in front of the committee of teachers, I had to clap rhythmical patterns exactly as they were dictated to me, and was asked to improvise musical phrases singing in response to what the teacher played on the piano, all basic techniques in testing a child’s musical aptitude. I was elated when a few days later I found my name listed on the official printout posted publicly on the school door notifying everyone about the exam results. From day one, the idea of public display of victories, failures, and grades was central to fostering motivation and competition. When I later studied in America, I could not understand the idea of student’s privacy. If I worked hard to achieve an A on an essay in Musicology, where was the glory if the grade was kept private and the teacher was the only one who read it? And how could I measure my progress in other subjects if I didn’t know other students’ grades and my ranking among them?

The primary music school had two divisions; the children’s division beginning with preschool or first grade, and the youth division for older children and teenagers. As I was ten years old, I qualified for the youth division and was considered too old to study piano or violin. Instead, I could choose from woodwinds, brass, classical guitar, or accordion. I began studying the guitar, but a year later switched to flute. While I was not allowed to choose piano as my primary instrument, I, like every other student, was required to study piano as a secondary instrument. Those lessons were meant to achieve basic fluency and lay foundation for music theory and ear training, while the full repertoire and virtuosity were pursued on the primary instrument. The children’s division obviously differed from the youth division in the pedagogical approach. While the younger children were supervised by parents, and their theory classes were combined with play and dance, the youth attended academically structured classes and were treated in a much more stern and disciplined way.

The weekly load of classes for all grades was determined by the school. There was no such thing as a course catalog or studying at one’s own pace. In any given week I spent usually three afternoons and evenings at the music school (after I attended the day school), during which I had two private lessons with the teacher of the primary instrument (45 minutes each), one half-hour lesson of piano, two classes of music theory and ear training combined (4 hours total), 1 hour of music history, and 1.5 hours of snare drums ensemble and later marching band. In addition, I usually tried to come to school on Saturday mornings to practice piano as I did not have a piano at home (I regret to say that instead of practicing Bach I was usually distracted by playing my own improvisations or songs by Phil Collins or George Michael). The pace was relentless and the expectations were high. Committee and individual examinations, oral questioning in front of the class, competitions (within and outside of the school), and recitals were common.

Perhaps I should mention here that I did not receive much assistance from my parents during that time. This is not to say that they were uncaring, but that during those years children were brought up differently. I was handed a key to our apartment when I started first grade and was expected to come and go on my own while my parents worked full time. I was allowed to attend the evening music school as long as it did not negatively affect my grades at the day school. I had to commute to classes by bus or train to the other end of town during the dark evenings of winter without fussing, only encouraged by the presence of other, equally independent, children. No one monitored my homework assignments or pleaded with me to practice an instrument. I knew I was on my own and instinctively felt that when it came to music, I was not taken quite seriously by my parents. Perhaps they were wise enough to let me test my own determination and simply observed me from a distance. This attitude has served me well over the years. Where would I be as an independent artist if I were not self motivated and responsible? And of what use is the arts education of a child who has to be forced to participate?

As I look back at those impressionable years, I am not sure how I managed to carry a full load at both schools at such a young age. I do remember being hungry a lot, not because of a lack of food, but lack of time to eat, or perhaps a failure to plan my meals. Can a ten-year-old be expected to plan her meals while she solves quadratic equations, writes literature essays, sings tritone drills, and practices flute etudes? This might be a good topic for a thorough conversation with a good shrink, as several decades later I still feel unworthy and unproductive unless I work all day and into the evening, preferably mastering a new skill. And yes, I still find meal preparation to be a nuisance.

In my third year at the primary music school, my theory teacher called my mother for a conference to strongly suggest that I should prepare for the entrance exams to the music conservatory in Gdańsk. I was excited but very apprehensive. If I were accepted, I would miss the 8th grade (the last grade of the elementary school) and would have to leave my friends behind. The new school was one hour away by train! 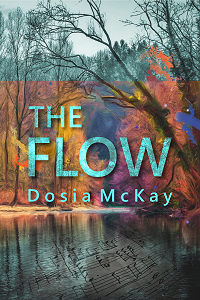 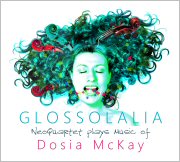 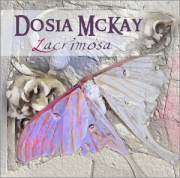